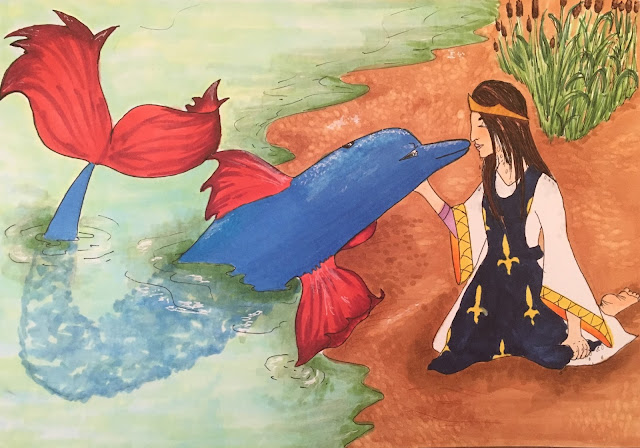 Here is another submission for Roots and Wings Creative, a historical legend from the area I am from in France. It is a little longer than the last one though...

Queen Furca and King Gothard were two royals very much in love. Their kingdom was large and beautiful as it spread across the Alps into modern day France and Switzerland.
Though they tried for many years to build their family, they were unsuccessful and heartbroken. Desperate, they turned to the woods, where they had heard a sorcerer lived. Clothed in peasant’s garb they went on their quest in the night to find the one who they thought could grant them a child, their one true wish.
A cabin was looming in the distance and the royal couple approached the warm, inviting homestead. The sorcerer invited Furca and her husband in, and he introduced himself as Renaud. After a small chat about the king and queen’s desires to expand their family, Renaud sent them on their way, promising them something grandiose as they left the cabin: “You will have three sons; one to rule over the sky, one over the earth, and one over the waters”. Confused by the cryptic statement but overjoyed at the thought that they were finally going to be able to bear a child, the twosome hurriedly made their way back through the woods, heading to their castle.
Indeed, the queen did go on to bear three sons. And bear is not meant to be tongue in cheek, as I tell you the rest of this story…
Furca’s oldest son Edouard, was born shortly after her visit to Renaud. He was beautiful and regal. But an eagle! The people of the kingdom were slightly confused but also delighted. As an eaglet, he could live happily in the castle and on the grounds, but as he grew older and wilder, Edouard had to be put in a cage in the forest bordering the castle, hidden from mind and view.
Later came Albert, whose royal parents were anticipating and anxiously awaiting to see what their next child would turn out to be. He was a bear! Again, as a cub he was the delight of the kingdom and the court, but as he got older he had to be chained in the same area as his brother Edouard.
Finally, Furca’s third pregnancy came and went. This one was the most surprising of all, as her third son Ufon was a dolphin! He started out living in a small tub, surrounded by his loving parents and the closest members of the court. Ufon outgrew tub into the pond of the courtyard, he became playful and even a little mischievous, hiding out in the water lilies and coming out squirting water on ladies of the court at the most unexpected of times.
As he continued to grow he needed more space to swim and turn and do flips; Ufon ended up needing to move to the lake that bordered the castle, right next to his brothers in the woods.  Gothard and his wife were increasingly sorrowful as they turned to every medicine they could think of to try and offer their sons a more normal life. Renaud the sorcerer was nowhere to be found and the brothers grew increasingly restless.
One day as Furca was crying and mourning her sons’ freedom, she decided to visit them in their prison sanctuary. Her tears dropped on Edouard’s shiny feathers as he gazed longingly at the sky, then on Albert’s thick fur as he roared a low gentle roar, and finally on Ufon’s shiny forehead as he peeked out of the water listlessly. She realized what Renaud had meant when he said her sons would rule the sky, the earth and the water. Just as she was coming to this conclusion, the sorcerer ventured out of the very woods where Furca was visiting her sons. Enraged she threw herself at Renaud, who grasped the queen tightly and whispered something in her ear: “Your sons must prove themselves to claim their human form and their thrones. They must be valiant, good, and true to the point where another pure soul recognizes their worth and frees them from their bonds”
Renaud vanished without a trace, leaving Furca in a heap in the woods as night began to fall. A worried Gothard searched the grounds before it got dark, eventually coming to find his wife and sons. The king and queen discussed the sorcerer’s words, and they freed their sons in hopes they in turn could free themselves from their animal form. Edouard flew off into the peaks of the Alps, Albert ran deeper into the woods, and Ufon was released into the Isere river’s flows.

Edouard
Edouard was eventually trapped by a nobleman and brought to live on his magnificent grounds. Edouard would stay tethered to a certain area by a thin gold chain, and he preened and made the best he could of the bad situation. He was, after all, surrounded by perfectly manicured fruit and flowering trees.
On one of her walks, the nobleman’s daughter saw Edouard and was stunned by his golden plumage. He was equally taken by her, and her light laughter and easygoing attitude. Edouard picked some fruit off a tree and delicately dropped it into her lap. Argovia was the nobleman’s daughter, and she would continue to go on walks more and more frequently, in hopes of seeing the beautiful eagle who usually had a small token for her. Argovia’s father grew more pressing in his efforts to marry off his daughter to a knight or other nobleman’s son, but his daughter was strong willed and clever; she would only marry someone who she loved and respected and who returned those affections. The young woman was so frustrated at her feelings of being trapped that she stormed into the gardens and realized she should free the creature who had been nothing but kind to her and was also currently trapped. Edouard, once freed from the gold chain transformed into a handsome young knight. Argovia couldn’t contain her shock and thrill as she brought young Edouard to her father and SHE asked for the young man’s hand in marriage. Edouard and Argovia ended up ruling over the town of Aarburg in the Alps.

Albert
Albert got caught in a trap in the woods, but the hunters found him to be so gentle and clever that they sold him instead to a traveling circus as a guard and performing animal. Poor Albert found himself having traded one set of chains for another. He traveled from town to town and consoled himself in the thought that he was at least able to see more of the world than he had before. Eventually his group of performers came to the town of Bern. Albert one day noticed a group of men getting a little too close to a young woman behind his troupe’s performing tent. He broke his chains and charged at them to protect the victim. The woman, named Constance, ever grateful, exclaimed that never had an animal acted so brave and virtuous and at that moment Albert took on his human form of a strong, young prince. He courted Constance, and the people of Bern admired his continued bravery and virtue, so they wanted him as their leader. Constance and Albert eventually wed and ruled the kingdom of Bern, which became known as the town of the bear.

Ufon
Ufon meandered throughout the river Isere’s flows. He was still quite young and loved to visit the banks of the river’s busiest towns, full of light and life. A beautiful, warm summer’s day brought with it a royal birthday celebration, and Ufon couldn’t stay away from all the excitement. The princess Vienna who was the honor of the occasion and her family and friends, were all on a large boat on the river. Music was playing, people were dancing and the festivities were carrying on when a rock and wayward current rocked the boat in such a way that Vienna fell overboard. She struggled with the swirl and crashing of the waters around her. Thankfully, Ufon was there to rescue her. He carried her to the banks of the Isere, and waited for her to get back on her feet. Vienna rose from the sand and crouched, looking around, wanting to thank the person who had saved her life. All she saw was a brilliant, scarlet colored dolphin’s tail poking out of the water. She got closer to the bank and coaxed Ufon toward her. He was taken and his usually boisterous personality turned shy. Vienna’s dark hair still dripping she kissed her rescuer’s bottle shaped nose near the edge of the water. When she stepped back a young handsome prince was there on the banks, smiling at her though he was soaking wet. The king of the land was so pleased with Ufon’s heroic act he promised the young prince the crown and Vienna’s hand in marriage when the time would come for them to be of age. Young princes in France were always known as the “Dauphin” (dolphin) from that time forward, and the coat of arms of the Dauphiné region (where the French city of Vienna can be found) still bear dolphins with bright blue bodies and scarlet fins and tails. 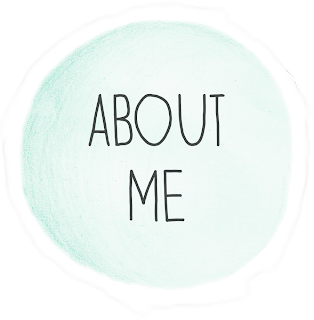